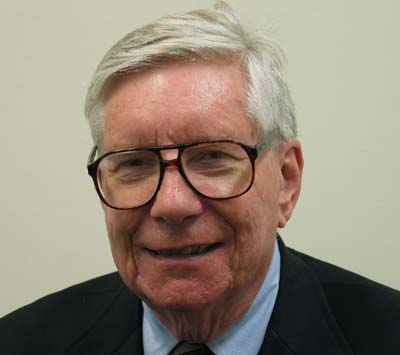 Though I have little present recollection of it, I am told that I was born at a fairly early age in Syracuse, NY. Remarkably, I seem to have consistently grown about a year older every year since. At the time of my birth, I was young and innocent and totally unable to spell. I am proud to say that I have maintained my innocence of spelling to this day.

I passed through the Syracuse City Schools, though my teachers would agree that I was not educated in that process. Somehow I managed to graduate, with honors, from Syracuse University, majoring in contract bridge with an occasional physics course on the side, and thereafter from Syracuse Law School. By some miracle of obfuscation, I passed the New York Bar, and vowed never to pass another bar without stopping in for a drink.

After Law School I accepted a position with the U.S. Government in Washington, DC, where my heroic efforts left it in such a state of disarray and confusion that much of it still remains. Thereafter I returned to Syracuse to join the legal staff of Carrier Corporation as a patent attorney. Most of my career with Carrier was spent negotiating international technology and trademark license agreements. I was uniquely qualified to fulfill that international mission because, as one Carrier Vice President remarked, “I have seen Frank eat food that even a goat would pass up.”  I think it was the bowl of baby eels that he watched me eagerly consume for lunch one day in Spain, which prompted that remark.  In fact, I did eat a goat on another occasion, but it was cooked, unlike the live shrimp I was served in China -- oh, yes, I eat the heads too.

Currently I am an Honorary Member of the Dewitt Rotary Club, an Honorary Member of the Onondaga County Bar Association. I hold an Amateur Extra Class license, W2XF, and am investigating the history of that call. I have discovered that call sign was assigned in 1931 to an experimental TV transmitter, located in the Empire State Building, and that the transmitter (not the call) was used by Edwin Armstrong in 1934 for the first major demonstration of FM radio.  I also spend much too much time on my computer.